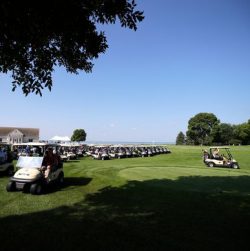 The goal coming into Wednesday’s event was to top $4 million for the first time. They did better than that, with the tally topping out at a record $4.13 million.